ZIWO: Up 79% since IPO on strong business; headed for TDR listing 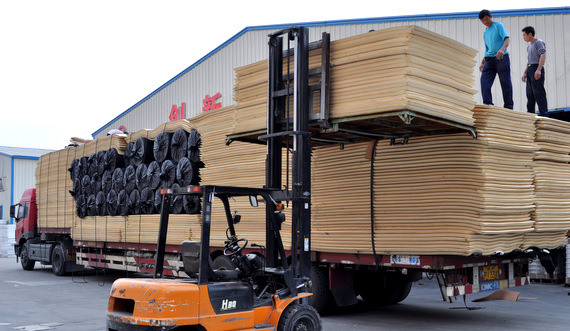 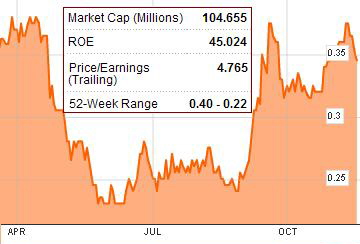 Ziwo's stock recovered in recent months after the company raised its average selling prices. Earlier, the stock had fallen after its 1Q result was impacted by high prices of raw materials (rubber and PET chips).

ZIWO HOLDINGS is a rare S-chip that has won over the market since its IPO in Oct 2009, considering that its stock price, at 35 cents recently, is up 79% from its IPO price of 19.58 cents (adjusted for a bonus issue).

The stock rode on its business performance: Ziwo has just reported the best quarter, earnings-wise, in its history.

Even then its trailing PE ratio is just 5, while CIMB in a report on Nov 9 reckons the stock is worth 43 cents, or a conservative PE of 4, based on next year’s forecast earnings.

On an analyst-cum-media trip to Ziwo last week, I came to understand better its business and its financials, the most striking aspects of which are:

* Solid operating cashflow: Ziwo has a track record of achieving operating cash-flow that almost matches its net profit. In the first 9 months of this year, Rmb 81.8 m gushed into its bank account while net profit stood at Rmb 85.6 m. 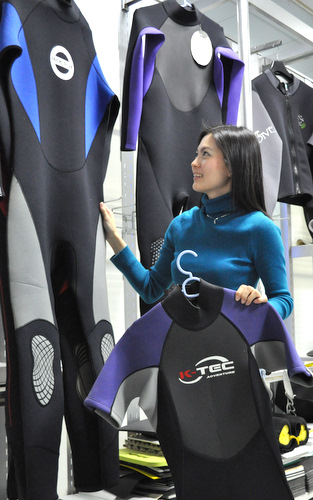 Reflecting the strong cashflow, its trade receivable days (the average amount of time a company's customers require to pay for purchases) in 9M2010 was just 54 days.

This, I gathered, is a result of a 'pay up soon or the next shipment of goods will be held up' approach adopted by Ziwo towards any client who might be inclined to drag on payment.

* Market dominance: Ziwo says it is No.1 in the PRC market for producing foamed SBR - a raw material used for making a wide suite of products ranging from diver suits to mouse pads.

In 9M2010, Ziwo made a good net profit margin of 23% in its overall business because it enjoys cost advantages (from lower labor and raw material costs, etc) over equivalent imports from Japan, the US and Europe.

It prices its products just below the imports.

Demand for its goods is strong, which explains why inventory turnover days is just 14.

* Strong balance sheet: Ziwo has no bank borrowings, and had cash of Rmb 212 million as at end-Sept.

Its strong operating cash-flow amounting to possibly more than Rmb 100 m a year will translate into dividend payouts for shareholders - although it is unlikely to happen this year as the company devotes its resources to expand production capacity aggressively.

Since April this year, using IPO proceeds, Ziwo has boosted the production capacity for its products. 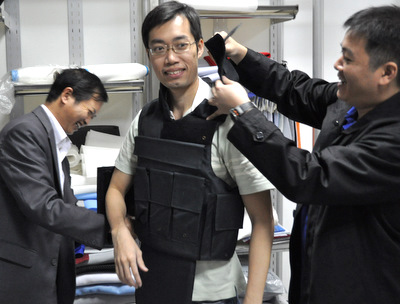 Ziwo is not stopping there because its production utilization rate has risen too.

Ziwo is in the midst of adding four production lines for its foamed SBR by Oct 2011 on a newly-bought piece of land adjacent to its existing premises.

Then when new money flows in from a listing of its shares as TDRs in Taiwan, another round of capacity expansion will take place, rooting the company as the market leader and seizing business opportunities that are up for grabs because of a shortage of domestic supply of foamed SBR.

The company has recently submitted its TDR application to the Taiwan Stock Exchange. The listing price has yet to be fixed but certainly Ziwo is hoping for a far higher valuation than what it is achieving on the Singapore Exchange. 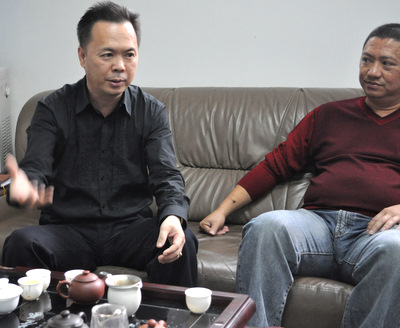 The key raw materials that go into making Ziwo's products are rubber and PET chips, prices of both of which have been volatile and risen sharply.

In 2Q and 3Q, gross margins rebounded to 32.3% and 32.5%, respectively, as Ziwo raised its selling prices while raw material prices stabilized.

We have 366 guests and no members online