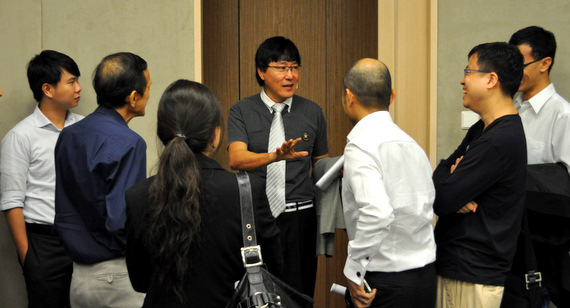 The FluCard: 5 top Japanese digital camera makers are coming together to come up with a standard platform for them to adopt the FluCard.

IN TREK 2000’s roadmap, 6 million units of its FluCard would be produced for worldwide use next year and 13 million in 2012.

Big numbers indeed, and they would be achieved by outsourcing to Trek’s regular contract manufacturer initially and, later, in conjunction with Toshiba Corporation’s in-house manufacturing capacity.

“From next year, we are going to do big business,” said Trek chairman and CEO Henn Tan to investors at Trek’s roadshow at CIMB yesterday.

The FluCard is to appear in a wide range of mid- to high-end Japanese digital cameras.

For an idea of the size of the market, consider that in 2009, about 103 million digital cameras were shipped worldwide. They came fitted with an SD card to store photos – essentially the SD card is a dumb device.

On the other hand, the FluCard which is to replace the SD card has the capability to enable photos to be wirelessly transferred between FluCard-enabled cameras.

With the FluCard, you can also upload photos from the cameras to the Internet.

The FluCard is Trek’s passport to winning big.

That, however, was not what a member of the audience at CIMB yesterday was keeping in view. Instead, he lamented that based on last year’s dividend payout of 0.5 cent a share, Trek’s running stock yield is just 1.1%. 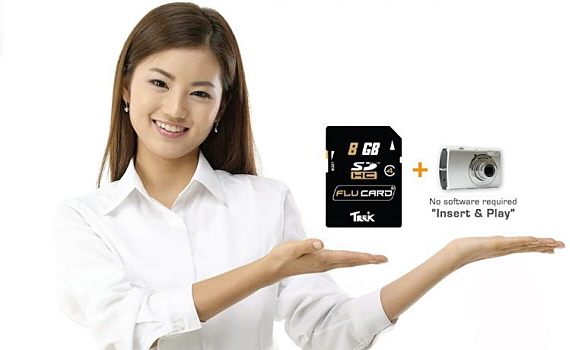 Advertisement in the print media for the FluCard.

The dividend yield, however, is not what Toshiba has as its priority. As Henn Tan said, Toshiba, the second largest shareholder of Trek with an 17.8% stake, had increased its stake in Trek after recognising the potential of the FluCard.

The stake rose from 15.7% through the purchase of 6.3 million shares in married deals in August.

“Toshiba’s CEO has said his company has invested in Trek not for dividends or capital gain. It’s because they have seen the technology and intellectual property of Trek – it’s something that synergises with the roadmap of Toshiba.”


For more on Trek, check out our recent stories:

TREK: 'Come meet our management, learn about our business, and .... have lunch'

We have 568 guests and no members online