RIVERSTONE: $1.10 target of CIMB is highest among analysts 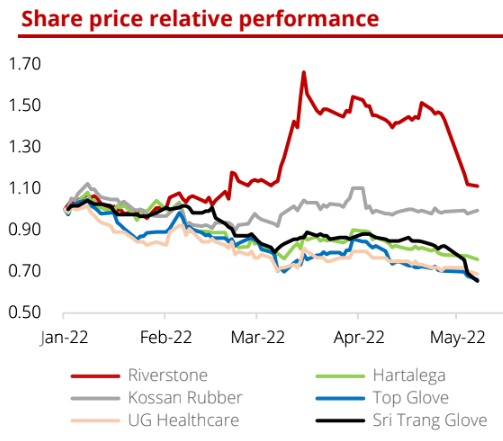 Due to lower input costs and higher utilisation rates during the quarter, margins were stable qoq. 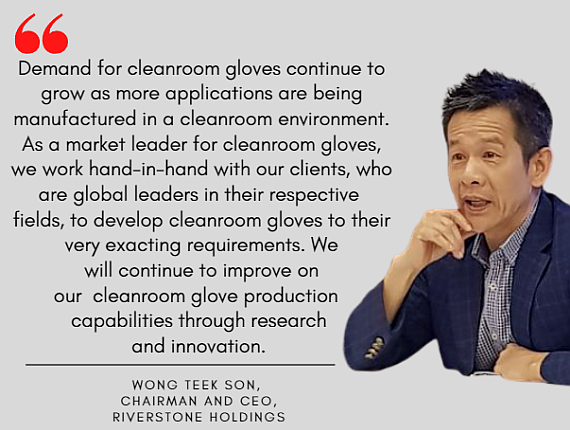 Cleanroom glove pricing remains high at US$100-US$110/carton in 2Q22F, and we expect it to remain sticky with quarterly/semi-annual pricing reviews.

Healthcare ASPs likely bottomed in 2Q22F
While healthcare glove ASPs continued on a normalisation trend in early-CY22 to c.US$25/carton in Apr (1Q22: c.US$30-US$32), we understand that the recent increase in industry operating costs (higher labour costs due to minimum wage hike in Malaysia, higher utility costs due to rising electricity and natural gas tariffs) have enabled RSTON to raise prices in May by c.4%.

RSTON continues to work with distributors on customised products that offer higher ASPs and margins, and we expect its healthcare segment GPM to remain healthy at 22% in 2Q22F supported by price hikes and the recent US$appreciation against RM.

RSTON notes that order demand remains healthy and believes that production capacity utilisation can remain at c.80% for the rest of FY22F (with the labour shortage currently being the key bottleneck for further recovery).

We have 509 guests and no members online