The Hong Kong listco, which focuses on both eco-friendly fertilizers and magnesium-based new materials, has been on the receiving end of supportive government policies and strong market demand given its green product line. 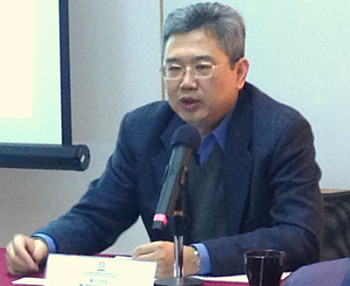 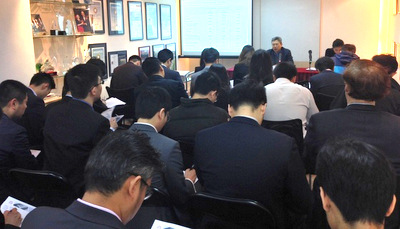 Management believes China’s high-flying auto sector – already the world’s largest when measured by the number of cars rolling out of factories -- will dominate major consumption/application of magnesium alloys down the road.

After all, magnesium is the lightest (industrial use) metal (1/3 lighter than aluminum), which has become more commonly used in areas such as autos, medicine, aerospace, consumer electronics, etc.

Around a 6-8% improvement in fuel economy is seen in vehicles for every 330 lbs reduction in weight, and a major 2020 global strategic goal is to substitute 340 lbs of magnesium components for 630 lbs of current ferrous and aluminum parts, bringing total average vehicle magnesium content to 350 lbs.

The current usage is around 10-12 lbs of magnesium for the average US automaker.

Magnesium demand is expected to reach 17 million tonnes by 2020, according to global demand estimates of 107 million vehicles by then.

“Magnesium is a major focus for us with strong growth potential due to its environmentally-friendly qualities.”

Century has already obtained 21 patents for technologies for production of high-performance rare earth magnesium alloys which ensures its leading position in this space.

In June 2013, a subsidiary of the Changchun Institute of Applied Chemistry under the Chinese Academy of Sciences -- one of the most respected and authoritative institutions engaged in researching rare earth magnesium alloys -- was introduced as a strategic shareholder of Century Sunshine.

Looking ahead, Century Chairman and CEO Mr. Chi Wen Fu said: "Our dual-business portfolio is gradually entering a growth stage, with both businesses aligning alongside objectives of PRC economic reforms.

“It is clearly evident that we will benefit from favorable national policy over the long term.”

Century has big production plans. A new fertilizer production base with annual capacity of 300,000 tonnes is expected to commence production in the third quarter of this year.

In comparison, its total annual capacity currently is 500,000 tons for both organic and compound fertilisers.

The IFC, a member of the World Bank Group, has shown just how strongly it believes in Century Sunshine’s growth potential.

The gross proceeds and net proceeds from the Subscription are estimated to be approximately 116 million hkd and 114 million, respectively.

We have 1209 guests and no members online