REJKJAVIK (ICELAND): Shivering and stuttering in a blizzard 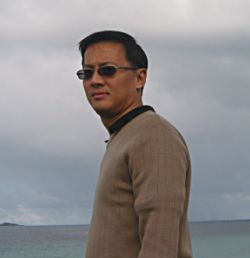 James Tham, MD, Penguin International.MY MOST unforgettable holiday was in fact a working trip to Reykjavik, Iceland, that ended up in the realm of the weird and the wonderful.

The year was 2001 and I was a petroleum journalist with Upstream, the Oslo-based oil and gas newspaper.

I had flown halfway across the world to join other correspondents for an editorial gathering that, according to the programme, had all the makings of a run-of-the-mill business seminar - talks, workshops, formal dinners etc.

Sure, there were sprinklings of discussions on media ethics and writing tips, but the three-day affair soon turned out to be a no-holds-barred Nordic party.

After lunch on the first day, we were herded outside into a blizzard by a group of psychedelically clad Icelandic tour guides and led through knee-deep snow into a nearby forest. It was dark and cold, of course. I was shivering and stuttering.

Then, we were introduced to Iceland's version of corporate team-building - archery, axe tossing, skeet shooting, horseback riding and cycling. 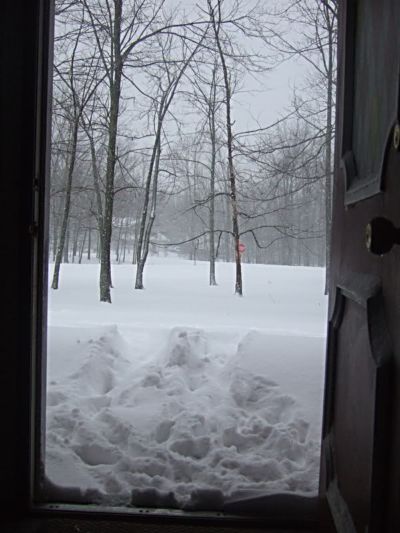 Cycling in a snow storm is an exercise in Zen Paradox: You want to peddle as fast as you can but the faster you go, the colder it gets. It didn't help that we were led by sadistic Icemen who cried: "Go faster!", "Show me what a man you are!" and "Watch out for that tree!"

One of my female colleagues from Singapore had a different kind of hard time. Being glam and hip, she had showed up wearing only a camisole with a shawl and a mini skirt with black leggings.

Amazingly she managed to shoot a few arrows and toss an axe without incident, but soon she turned pale and began shivering violently. She practically had to be carried back to the lodge. I know I shouldn't say this, but the sight of her struggling to utter "I'm n.n.not.c.c.cold" through her chattering teeth was hilarious.

The next day, we were brought to the famous Blue Lagoon, which is a natural geothermal pool near Reykjavik. Once in the water, I had a surreal feeling. I was surrounded by snow everywhere and I could see my own breath in the air, but down below was nice and warm. I dipped my head into the
pool every few minutes to prevent icicles from forming on my hair.

Inevitably, the men began to compete to see who could stay out of the pool the longest. The contest was won by a colleague from Stavanger, Norway, who had the longest and thickest body hair I had ever seen. Imagine a slightly shaven gorilla.

The situation indoors wasn't much tamer either. The dinners were punctuated by endless toasting with aquavit - a distilled potato-based spirit popular in Scandinavian countries, and similar in taste to vodka - followed by mandatory trips to the nightclubs.

It is true what they say about the party culture in Reykjavik. In fact, I didn't believe that there was life on other planets until I visited my first Icelandic bar. Enough said. On the last night, I drank a little too much and got lost on the way back to the hotel, together with another journalist from New Zealand.

We kept walking and walking, and we somehow stumbled into a graveyard. Suddenly a couple appeared before us and we both thought they were ghosts. But neither of us cared. We just wanted to get out of the cold! As it turned out, the two were local party goers (or were they?) and they showed us the way back.

Since Reykjavik, the words "business trip" never meant the same again to me.


Penguin International (www.penguin.com.sg) is listed on the Singapore Exchange.

Mr James Tham was appointed Managing Director on 1 October 2008. He was previously Executive Director and Chief Operating Officer from August 2008.

Prior to joining Penguin on a full-time basis as Business Development Director in November 2006, he served as a Corporate Advisor to the Group, as well as to several independent oil exploration companies in Australia and Singapore.Mr Tham has been working in the petroleum industry since 1996, when he joined Upstream, the international oil and gas newspaper, as a Petroleum Correspondent. He holds a Bachelor of Science Degree in Journalism and a Bachelor of Business Administration Degree.

This article along with several others were part of a package put together by Leong Chan Teik for Pulses magazine a while back and is reproduced with permission.

We have 340 guests and no members online