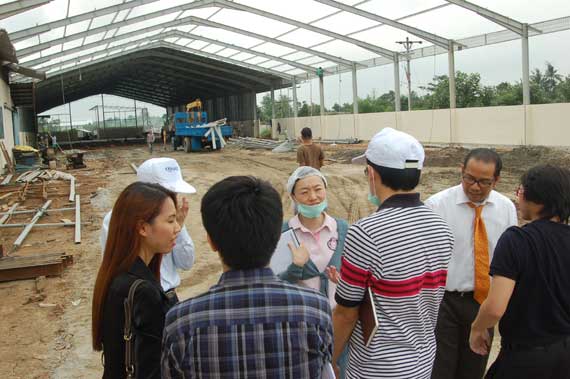 On Tue, NextInsight, 3 analysts and a fund manager checked out Consciencefood's facility, expansion plans, additional facilities under construction and market in Medan. 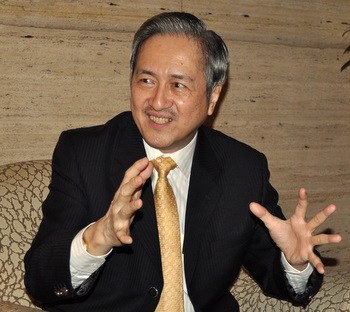 CONSCIENCEFOOD'S CEO Djoesianto Law is very excited about the year ahead, when the instant noodle maker will start producing cup noodles and enter the health beverages market.

From its HQ in the North Sumatran capital of Medan (west Indonesia), it will expand production to the rest of Indonesia, namely, the nation's capital Jakarta northwest in Java, and its second largest city - Surabaya northeast in Java.

By Feb, he expects the Medan factory to start producing hi-fiber instant cup noodles. This will retail for Rp 3,000, double that of instant noodle packs for the same noodle content as it offers consumers the convenience of doing away with cooking utensils.

By Oct, he expects to start producing preservative-free pulped fruit juices out of Medan. The plan is to have 3 bottling lines, one each in Medan, Surabaya and Jakarta.

"Import restrictions have resulted in a shortage of supply for such drinks, which hold much market potential," said Mr Law, who wants to bottle fresh juices imported from China, Brazil or the US.

To address the shortage of supply in health drinks demanded by Indonesia's emerging middle class, he is acquiring bottling lines from Germany's Krones AG, the world's leading manufacturer of production lines for beverages in plastic and glass bottles or cans.

Currently, there are only two Krones bottling lines in Indonesia, he said.

To get a feel of the convenience food market in Indonesia, the visitors from Singapore checked out two of Consciencefood's retails channels - Carrefour in Plaza Medan Fair and Brastagi Supermarket, two large and popular supermarkets in Medan.

Indeed, instant noodles filled a significant number of shelves of the Carrefour which we visited, from the top rack to the bottom, and extended as far as 60 meters to 70 meters.

Targeting Indonesia's mass market: One pack of Consciencefood's Maitri instant noodle retails for Rp1,250, compared to up to Rp46,650 for imported brands.

Instant noodles are so much a part of Indonesian diet that consumers purchase it from supermarkets by cartons of 40 packs. Above: a lady shopper at Carrefour picking up Consciencefood's hi-fiber instant noodles.

Isn't instant noodle too unhealthy to be part of a staple diet?

Not so with Consciencefood, said Mr Law, who is launching TV promotions next year to change the image of instant noodles with its hi-fiber MSG-free instant noodle, one of its kind in the world.

At its production facility, the team found out that wax is really not used in the production of instant noodles, a fallacy perpetuated by the non-stick noodle texture.

Wheat and tapioca flour are mixed in an industrial-sized mixer thoroughly and kneaded into dough. The dough is pressed and flattened into large thin sheets before being conveyed over to a curling machine which cuts the dough into thin long strips.

Margins may come under pressure as wheat flour, which comprises one third of cost of sales, have risen 65% since Jun, according to UOB Kayhian analyst Eugene Ng, who maintained his 'Buy' call on the stock yesterday. His target price is 38.5 cents.

The curled strips of noodles are steamed before being fried in palm oil.

Production capacity in 2010 was 741 million packs of instant noodles a year.  In Nov, Consciencefood upgraded two lines using high-speed machinery, and increased capacity 15% to 852 million packs a year.  With the capacity increase, 2010 utilization will be 55%.

Mr Law expects the new capacity to be filled in 2 years. 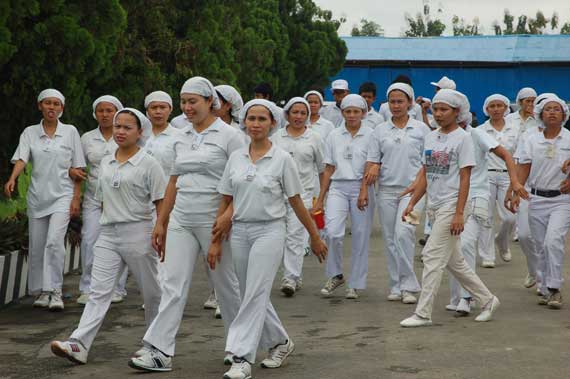 Noodle cartons are loaded onto Consciencefood's fleet of trucks and delivered to hypermarket chains such as Makro, Carrefour, Hypermart, as well as to mini-marts, wet markets, grocery stores and corporates such as the army, the police, schools, factories and prisons.

All photos above taken by Sim Kih. 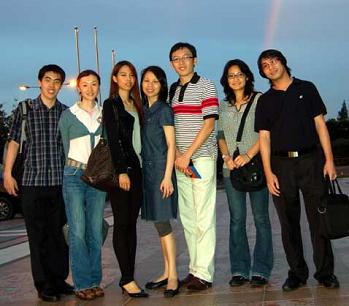 We have 1288 guests and no members online