About Us - Leong Chan Teik

LEONG CHAN TEIK was a journalist at The Straits Times for 18 years until he left in 2007.

Between 1995 and 1999, he was concurrently editor of NSman magazine, a bi-monthly lifestyle magazine contract-published by Singapore Press Holdings for over 150,000 SAFRA members.

In 2002, a few years after switching to writing on personal finance for The Straits Times, he won the Best Financial Journalist of the Year award handed out by the Securities Investors Association of Singapore.

He has also won several Straits Times in-house awards for excellence. Some of his work was compiled into three books published in 2001, 2002 and 2003.

In a fourth book, which was published in 2003, he documented the development of the S$5-billion North-East Line, a MRT project. The book was commissioned by the Land Transport Authority of Singapore. 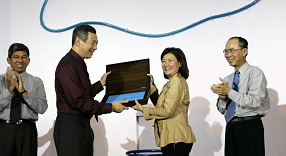 At the opening of the Hyflux plant, the book 'Making The Right Turn' was presented as a memento to the Prime Minister, Lee Hsien Loong, by Hyflux CEO Olivia Lum.In a fifth book published in 2005, he documented the development of Singapore’s first seawater desalination plant. The book was commissioned by Hyflux, which built the plant.

At the opening of the plant, the book was presented as a memento to the Prime Minister, Lee Hsien Loong, by Hyflux CEO Olivia Lum. 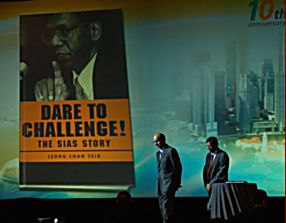 In Oct 09, his book for the 10th anniversary of the Securities Investors Association of Singapore was launched. It captures the essence of the association's work and achievements since its founding. 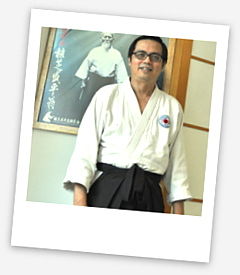 Outside of work, among other things, he trains in aikido at Aikido Shinju-kai Singapore which awarded him a black belt in 2008, followed by first dan in 2011 and second dan in 2017.

We have 946 guests and no members online