WITH CHINA’S gross textile industrial output growing 26.7% for Jan to Sep 2010, eight out of 10 textile S-chips have reported net earnings growth during 3Q10.

Textile selling prices have been rising, higher-end products are being rolled out, margins are improving and earnings expanding.

However, the sector has been so ignored ever since the financial crisis that a couple of them are trading below their cash hoards.

For example, China Gaoxian is trading at price-to-cash of 1.4 times, while China Taisan is at 2.3 times.

In reality, prospects are actually so bright quite a number of them are ramping up capacity.

These textile players have won big by establishing a niche where they are market leaders. 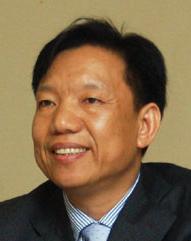 Average selling prices rose 7.5% Rmb 14.4 per kilogram due to the continual pickup in demand for its differentiated fine polyester yarn and fabric products as well as the increase in raw material prices.

Premium differentiated fine polyester yarn commands a good price on the market as it has desirable properties in terms of warmth, texture and feel, luster, tensile strength, as well as abrasion resistance.

China Gaoxian sells its yarn to more than 1,500 PRC textile and garment makers to make apparels, upholstery for automobiles and aeroplanes, sports shoes and headgear, curtains, bedding, bags, and umbrellas. A proportion of the polyester yarn is used for in-house production of warp knit fabric.

Order books: About Rmb 245.0 million as at Oct, most of which will be fulfilled within the next one and a half months.

It formally submitted its application to the Korea stock exchange on 15 Oct and received shareholders’ approval at its EGM last Fri for the offering and listing of its Korean depository receipts. Li Heng is one of China’s leading manufacturers of high-end nylon fibres.

Its gross margins contracted 3.7 percentage points to 10.7% as the cost of its imported polyamide chips had been bumped up by China’s anti-dumping tariffs imposed since Apr this year.

Expansion plans: it is constructing a new polyamide chip plant with an annual capacity of approximately 100,000 tons. The plant is expected to complete in late 2011. It is currently already producing 45% of its polyamide requirements. CHINA SKY CHEMICAL – nylon fibre maker back in the black

China Sky Chemical Fibre’s 3Q10 revenues jumped 84.6% to Rmb 634.2 million, thanks to higher sales volumes from its nylon yarn products. Net earnings were Rmb 31.8 million, compared to a loss of Rmb 34.3 million in 3Q09. This is the third consecutive quarter it has been profitable after more than one year being in the red during the financial crisis.

The management expects this uptrend in prices to continue for the new product, which it started selling in 4Q09. Expansion plans: it is bidding for land to construct new production facilities. 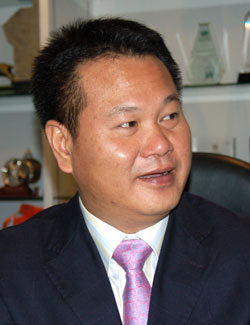 CHINA TAISAN - 3Q10 net earnings up by a whopping eight-fold

China Taisan is one of China’s leading producers of knitted performance polyester fabric.

Knitted performance fabrics contributed to 96.4% of 3Q10 group sales and sold at prices that were 16.0% higher at around Rmb 80,300 per ton. This was due to rising raw material prices as well as new products that are relatively more lucrative.

During late 3Q10, it had launched two new products (thermal microfiber performance fabric and cotton-feel nylon spandex), the fruit of its collaboration with Wuhan Textile University.

The new products contributed 5% of 3Q10 sales revenue and commanded gross margins above 30%.

Expansion plans: It is bidding land for a new factory slated to be ready by FY2012. Its current capacity is 24,150 tons of knitted polyester fabric a year. Foreland Fabritech is relatively downstream in the textile supply chain, supplying to textile traders and garment makers. It weaves, dyes, coats and finishes fabrics, both functional and normal. Its 3Q10 sales were up 32% at Rmb 96.2 m, while net earnings rose 88% to Rmb 13.4 m.

Gross margins improved by 3Q10 due to a higher proportion of sales of existing functional fabrics with a higher average selling price and better margins.

Sales volume from producing fabrics increased 24% to 8.9 million yards, thanks to sales of high-grade umbrella fabric. Selling prices rose by about 8% to Rmb 10.70 per yard as a result of the recovery of demand for higher-grade and functional textile products. Expansion plans: Current capacity is 30.8 m yards per annum and it wants to ramp up to 45.3 m yards by year-end.

We have 2464 guests and no members online